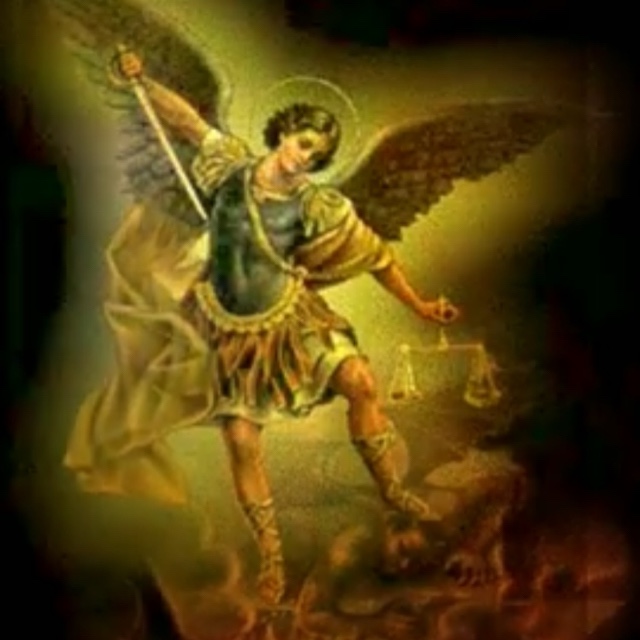 Before I begin telling my story, I want to give you all a little background and lead up to the beginning of my conversion.

I’ll be writing this story in a seven part series: Intro, Parts 1 through 5 and the Conclusion will be what my life is like, now that I found Christ.

I was born July 1, 1977 in a Catholic hospital to Lutheran parents. I had a difficult birth as I was breech and the umbilical cord somehow got wrapped around my neck. The Sisters were worried that I would die, so they pestered my mother to baptize me until she exasperatedly gave in. My mom and dad later baptized me Lutheran after we got home a few days later.

In my pre Catholic days, I used to joke that I had both flanks covered. Lol

I grew up on an Air Force base and received little catechism as a small boy as my dad’s Sunday religion was football and they both gave up trying the organized religion thing because me, my brother and sister gave them a hard time about it.

I can still count on one hand the times we went to church for anything other than weddings, funerals and baptisms.

That began my quest to find Who or What did begin life.

By that time, I had endured a difficult early to mid childhood and came out a troubled youth. Depression, suicide attempts and this huge self loathing as I thought I was an irredeemable monster, that the world was a crushingly cruel and unforgiving universe, human beings were savage animals with a thin civilized veneer and things would only get worse in the future.

I had gotten cynical about organized Christianity because of the televangelist scandals, plus this image of Pharisaical and harsh preachers and Bible thumping hardliners was what came into my mind when I thought of devout Christians. I thought God was this harsh and angry God that would savagely punish me if I misstepped.

The Catholic Church, despite a grade school flirtation with the idea of converting; wasn’t even on my radar.

Somehow, I had reverted back to a vague and ill defined Christianity in high school.

It was the mid 1990s and the show The X Files was on TV. I fancied myself a scientific investigator of the paranormal and I wanted to know if psi and magic was real.

By that time, I had been introduced to Wicca. A friend of mine at school had told me it was the world’s oldest religion. I thought that the older a religion was, the truer it was, so I checked it out.

That’s when I met the witch who would become my coven leader.

He had just came out of a divorce down in Texas and was living in a car in town near the base. He was running Dungeons and Dragons games at the local comic book shop with another friend of mine who was an Airman First Class at the base.

Eventually, I became friends with him and we began to talk about Wicca and magic. I got drawn in because I thought he was wise and knowledgeable and and he talked well of me. He began to teach me magic.

My friends and I formed a pseudo family as we didn’t like or trust other people outside of our circle and felt that we could trust each other.

In time, I fell away from Christianity and became a Wiccan in 1995 after I moved out of my parents’ home the day of my graduation party.

My friends and I formed a coven and began to earnestly study and practice magic and Wicca under the Texas man; working to become initiated into his tradition.

That began fourteen years of serving the enemy of mankind.

I read voraciously books on magic and paganism, trying to grow wise and I worked hard for the coven like they were my family and I wanted very much to be initiated.

We lived in various places and practiced our rituals and magic in apartments at night.

I developed my own magic system and worshipped the Norse “ gods “. My specialties were healing and protective magic and divination with runes.

But, I was terribly unhappy in the coven.

I had been rejected for military service at age 17 because of my childhood suicide attempts and, as it was my life’s dream to serve a career in the military and had no plan B; I simply drifted in a malaise of depression and loneliness as our leader began a family with a woman he met and the coven began to center around his family and my Air Force veteran friend and I became adjuncts to his family and live in babysitters.

By this time, I developed my own ethical system; a hybrid of Norse and Bushido concepts around the Wiccan Rede: “ And it do no harm, do what thou will. “ I thought I was a good man who didn’t need God to be good and I could do it on my own; rather than serving Him as a servile, craven and overly “ civilized “ slave. I sought to transform and “ save “ American society with Wicca and the occult underground from the oppressive, hypocritical and intolerant Christian culture I thought it to be and show the world that witches can be good too.

I wanted to help people with my magic and be the local “ wise man “ that helped people with their problems.

The problem with the coven was that it slowly drifted apart as members just did their own thing and the leader’s family took center stage. The “ family spirit “ was just gone from the coven; as were all thoughts towards our group becoming initiated in the leader’s tradition.

What happened then was that I steadily and scrupulously developed an obsession with darkness and evil I thought was a hidden part of my nature and I feared I couldn’t control it.

Eventually, this obsession grew to where it was the only thing I could think about. It consumed me. I couldn’t trust myself or my own mind. I don’t recommend it as I think it’s a fate far worse than death.

In time, all of the pressures of my obsession, my depression, loneliness, wanting out of the coven, ( I wouldn’t leave for fear of what would I do outside of it and the pride that I didn’t want to go back and live with my parents again ) practically raising my leader’s kids for him and my sins caused a mental breakdown in 2001.

Then, my obsession blew up all the way to 11.

All I could do was think of my obsession. I could barely function day to day. I just gave up trying to control my obsession and drifted along in a nightmarish hell world. I often thought of suicide, but I didn’t want to leave a ghost to be exorcised. I was plain stuck in a living hell.

We worked at a Walmart and we hit it off right away. She was a non denom Christian and I spent all the time I could to be with her and her then 5 year old son.

My husbandly and fatherly instincts kicked in and I neglected my duties to the coven. Eventually, the leader told me to put her on the backburner or I get kicked out.

I told him No and I got kicked out. Leave in a week.

Scared and still stuck in my own little hell world, I was thrust into the life and duties of a husband and father for my new family as I moved in with her.

I continued practicing magic and Wicca as I assumed my new duties, while going to church every Sunday morning. I even taught my step son the Our Father at home.

At this point, ends the intro and I’ll begin telling my conversion story in the next installment of my series.

I’m a working class devout Catholic American father of two boys and engaged to my Filipina fiancé Gemma. I’m a 3rd Degree Knight of Columbus and a Catholic activist, apologist and evangelist. I love my Lord and Savior, His Church and my country. My interests are theology, spirituality, philosophy and history. My calling from God is to the married life and to be a lay apostle of Christ; helping other Christians keep and grow in the Faith. I was a practicing witch for 14 years and a far leftist. So, I’ve been there and the resulting spiritual warfare almost killed me. If you’re suffering from spiritual warfare like I had, please email me and I’ll try to help. My address is on my Contact page. All conversations are confidential. I was active on the old Catholic Answers Forum as Michael16 and I’m somewhat active as u/Agathon-Tohen on r/Catholicism. View all posts by Agathon Tohen